I must confess that, as a die-hard bacon lover, I’ve always presumed veganism was quite boring. It didn’t help either that my first vegan experience was eating a fairly bland, unexciting, unseasoned chunk of tofu. This happened many moons ago, but I immediately jumped to the conclusion that only people who can stand insipid food would adopt a vegan lifestyle.

A few years later, a vegan friend of mine almost convinced me to jump on the vegan train. He hit home with his comments about animal suffering, emphasizing farmed animal cruelty. I tried to figure out how we, as a society, have decreed some animals are pet-worthy and other are bound to be slaughtered so we can eat them. We so often and easily attribute human characteristics to pets and even consider them as family members, but isn’t a pig, a chicken or a cow intelligent, playful or sensitive too?

Why love one but eat the other? –as a famous campaign from Mercy for Animals asks.

Suddenly, the thought of relishing dead animal meat seemed disgusting to me. So, I turned vegetarian, at least for a couple of weeks, right until the smell and taste of bacon got the best of my enthusiasm. I remembered who I was: an adventurous, omnivorous food lover. 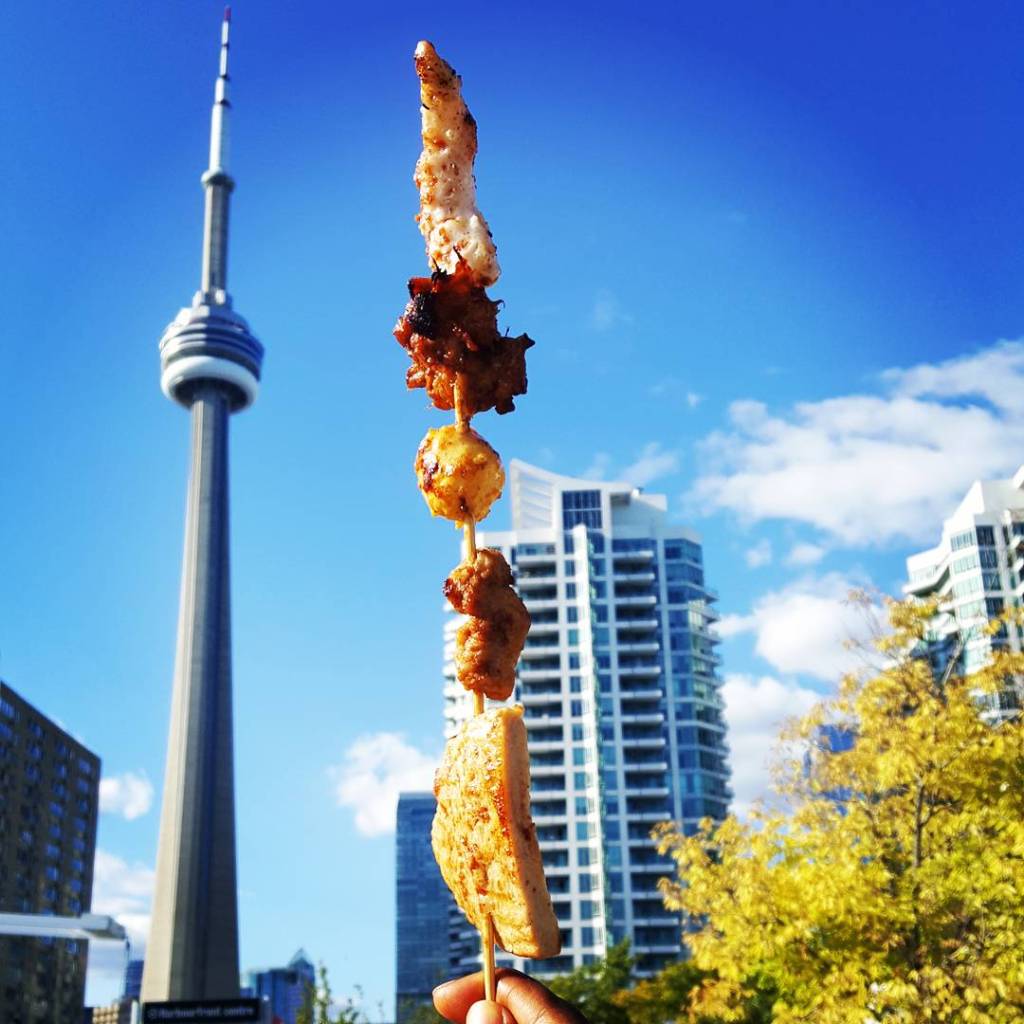 This year, I decided to attend the 33rd Veg Food Fest in Toronto, described by the organizers as “North America’s largest celebration of all things veg”. Already sympathetic to the vegan cause, I went with an open mind.

What I found at the Veg Food Fest was truly mind-blowing. Here’s the thing: vegan food is not boring.

It’s actually quite the contrary. Out with the bland tofu! Adios… those were the old days of veganism. From delicious appetizers to show-stopping entrées and yummy desserts, there are now countless, tasty meatless options for vegans and vegetarians.

Of all of the food I tasted, two truly struck me in the most surprisingly, delicious way. I’m not affiliated with these companies, but I would recommend checking them out: 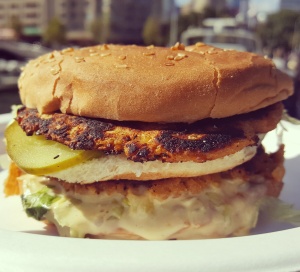 Globally Local was one of the busiest vendor at that vegan food festival. I waited over an hour to get to the food truck, but it was totally worth it. My taste buds are tingling with excitement just thinking about this ‘Famous Burger’ made of two hand-pressed chickpea patties on a triple bun, topped with house-made “famous” sauce, American-style vegan cheese, iceberg lettuce, minced onion and pickles.

I’m speaking here as both a French person and a Marketing professional. I had no idea vegan cheese can taste this amazing. These ‘fauxmages’ –what a smart brand name, eh?– are available in different flavors that will make your mouth water, no matter your diet preference.

Well, I’m still not turning vegan or vegetarian anytime soon. However, I already reduced my daily intake of meat, and at least I’m now aware of the many tasty vegan options available for me to try from time to time. 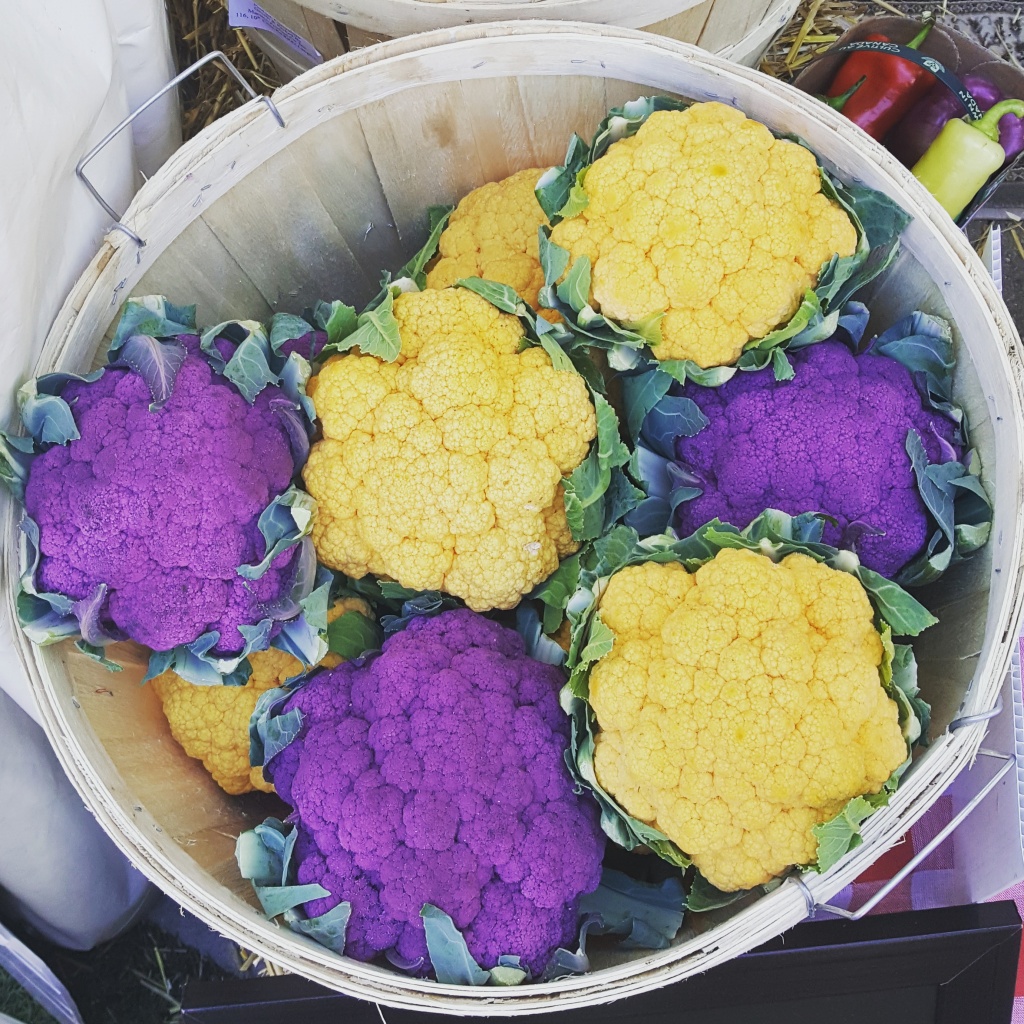